I know we’ve all heard the saying, “Choose your battles wisely.” But, for many women their understanding of this statement is superficial.

There are very specific reasons why you have to choose your battles wisely.

For one, if someone feels like you’re always “nagging” them, they’ll get tired of it really quickly. 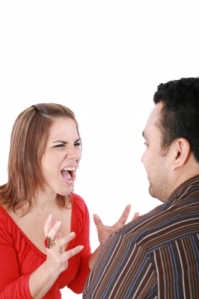 The Urge To Push

Many times when women feel like there’s a problem with something their boyfriend is or isn’t doing, they will tell him about it and push him for change, over and over again.

The problem is, one day you’ll encounter a serious problem in your relationship and when you address it, he may be so tired of constantly being told about your problems with him that he won’t genuinely hear what you’re saying, whether it’s valid or not.

Even if he does hear you out, even if you’re problem is legitimate, he may be so fed up with all the “issues” you have that he won’t be motivated to change anything else. He may think that no amount of change will be enough for you.

Now, it’s not that a man doesn’t want to know about serious issues that you’re having with him, but the truth is, when you’ve brought up too many petty, unimportant issues it’s very difficult to be taken seriously.

While communication is key in any relationship, if you choose to focus on small things that you possibly should be learning to live with, you actually weaken your voice and hurt your chance of being listened to.

If you want to choose your battles wisely, start by evaluating whether your issue is really an issue. If it’s really not a big deal, let it go. If it is a big deal or even a deal breaker, definitely address it!

Focus On One Issue

Often times when women are addressing an issue with their boyfriend, they bring up so many other issues at the same time, that it becomes extremely difficult for their boyfriend to understand “the point” and focus on the most important issue.

If you bring up multiple issues in one discussion, your boyfriend may heavily focus on the wrong issue and upset you even more by not “getting it.”

But, this isn’t necessarily his fault. When we tie in several different problems into one discussion, it can make it much harder to logically follow what the problem is.

You actually make it more difficult to solve any one problem when you bring up other unrelated issues.

Therefore, to get the best results, you can only address one issue at a time. But, you have to fight the urge to bring up another issue immediately after one is resolved.

Although you may have smoothly resolved one issue, going through more than one issue in a day isn’t wise.

After you’ve resolved an issue with your boyfriend, thank him for listening to you. Thank him for opening up and honestly discussing his feelings.

Whether you think this is necessary or not, a small display of gratitude can go a long way.

Thanking your boyfriend for having an open, honest, productive conversation is positive reinforcement for him to do it again in the future.

You punish bad behavior, so you definitely need to reward good behavior. You should always show your boyfriend appreciation for his positive behavior.

Remember, if you’re always bringing up petty issues with your boyfriend, most likely, when you encounter a serious problem and bring it up, you’ll be tuned out and he may feel that you’ll always have some type of problem with him.

So, choose your battles wisely by only addressing important issues and focus on just one problem at a time.

You’ll find that it’s much easier to communicate and reach a happy resolution that way.

2 thoughts on “Choose Your Battles Wisely!”