Image courtesy of Smarnad at FreeDigitalPhotos.net

I want to take the time to address women who are lying are about their relationships.

Specifically, women who lie about the length of their relationships.

Now, you may be thinking about the women who date a man for two weeks and round that time up to a month, but that’s not what I’m talking about here. 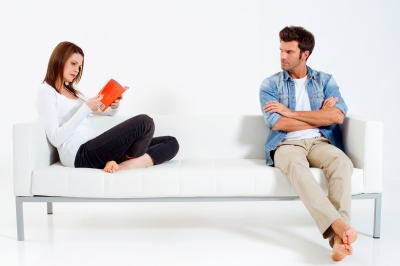 Image courtesy of Ambro at FreeDigitalPhotos.net

I’m sure you all know plenty of women who have been in one relationship that had a series of breakups throughout the relationship.

The couple dates for maybe 6 or 7 months, then breaks up, and then gets back together some months later.

I call these back and forth, on-and-off relationships “boomeranging.”

While I don’t agree with boomeranging because of the many problems that come along with it (See my post: No More Boomeranging!!), the delusion women have about the nature of these relationships is astounding.

Image courtesy of Marin at FreeDigitalPhotos.net

Lying About Your Relationship

When you talk to women who do this on-and-off dating, they are quick to tell you that they’ve dated a man for 4 years.

But, the truth is, they only dated for about 6 months out of each year.

So, when you really add up how much time they’ve been in a relationship, it’s usually far less than what they boast!

When you’ve been dating for a long time, of course you’re going to be proud of the length of time you’ve been together.

However, trying to deceive yourself and others about how long you’ve really been with a man only prevents you from accepting the nature of the relationship you truly have.

Is The Relationship Worth Having?

Most likely, if you’ve been breaking up on and off several times throughout your relationship, it’s probably not a good one.

And, you shouldn’t be bragging or boasting to anyone about how long your relationship has lasted.

Be honest with yourself and other people, don’t inflate your relationship to be something that it’s not.