Image courtesy of Adamr at FreeDigitalPhotos.net

I wrote a post called Red Flag: Does he pull disappearing acts? and I got some really great comments from people sharing their experiences with the dreadful “disappearing act.”

“If he’s just not into me, I get it. If he has other girls or a girlfriend, I can let him go. Whatever his reason for disappearing out of my life, I can deal with that. But it’s the constant REAPPEARING that I don’t understand. If you do not want to be with me then why not leave me alone? Why stop talking to me then try talking to me again? Is it about sex? Is this a power or control thing for him? Does this boost his self-esteem? What is his deal?”

I wanted to address this question in a post because many women have asked themselves these questions too.

It’s certainly shocking to a woman when she goes from regularly communicating with a man to not getting any replies from her texts or calls.

And as if going MIA wasn’t bad enough, some men choose to further perplex women by coming back into the picture like nothing happened.

Maybe he tells you he lost his phone or perhaps he went all out and said he was in the hospital. Regardless of the excuse (and they’re all just that, excuses), it’s never okay for a man to ignore your texts and calls for days or weeks.

If a man is genuinely interested in you, he’s not going to disappear off the face of the earth then pop back in your life a week or months later. 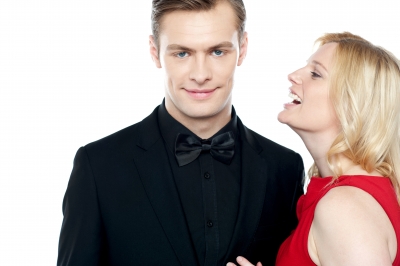 Image courtesy of StockImages at FreeDigitalPhotos.net

Why Do They Re-Appear?

Do men reappear in your life because of sex, power and control, or self-esteem? The answer truly depends on the man. There’s actually no one-size fits all answer to this.

The most important point to take away from this is that, if he really wants to be with you, he’s not going to disappear from your life for days or weeks, period.

But, if you decide to give a man another chance after his disappearing act, don’t be upset when he does it to you again down the line.

Whether it’s a break up or the disappearing act, many men will contact you again in the future. And, you can’t let your decision to date a man be based on whether he ever reaches out to you again.

If a man wasn’t right for you or he flat out disappeared on you, it shouldn’t matter that he reached out to you again. Don’t let a bad blast from the past set you back in your dating life.

For more great dating advice, check out my book: Picking up the Pieces: Rebuilding Yourself for the Love and Relationship You Deserve.