In this short video, I’m sharing dating advice that EVERY woman needs to hear! Go ahead and click play! 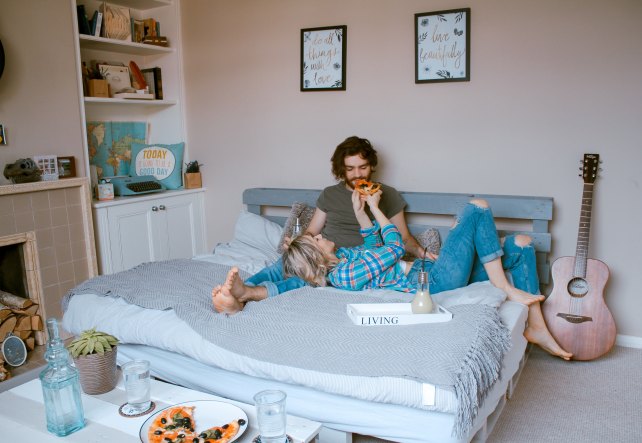 When you’re dating, one of the most important things to look for in a man is consistency. Consistency is truly key!

Consistency in dating basically means that a man’s behavior with you remains the same for as long as you date.

For example, if you’re dating a man and you see him every weekend for a month then you suddenly only see him randomly on weekdays, this is inconsistent behavior and, therefore, a red flag. If you talk on the phone everyday then only speak only a few times a week or only exchange texts here and there, this behavior is inconsistent and tells you that this man won’t be a long-term partner.

If a man’s words aren’t consistent with his actions, this lets you know that his words are lies and can’t be relied on. Remember, men’s actions will always tell you how they truly feel about you! A man who is consistent is a man who can be trusted and relied upon. A man who is inconsistent or wishy-washy can’t be trusted and you’ll regularly have the feeling that you don’t know where you stand with this guy.

One day you’ll talk to him and hear all the things you want to hear and you’ll feel great, thinking he definitely wants you in his life. Then the next day (when you haven’t heard from him) you’ll feel like you’re right back to square one, wondering if he really does want to continue progressing towards a serious relationship.

When you are constantly having to wonder and worry about where you stand with a man or when he will see or speak to you next, it unconsciously makes you feel more attached to the person because you are stressing out about them. It’s not strong genuine feelings that you’re cultivating, it’s just a strong desire for continued attention, and validation or confirmation that dating each other is going somewhere.

In the moments that he’s texting you and whispering sweet-nothings in your ear, you feel amazing, beautiful, loved, and cherished. However, when days go by, in the absence of communication, you feel forgotten, deserted, undesired, insecure, and so much more.

Is His Attention Fleeting?

I recently heard this saying “when a guy burns hot, he extinguishes fast,” and I definitely agree with it to a certain extent. Most of the time, when a man comes on really strong and tries to “lay it on thick,” it’s usually fleeting attention that doesn’t last because his aim is simply to quickly move you to the bedroom.

With this in mind, it’s always a great idea to take your time in getting to know a man and pace the dating so that you don’t get wrapped up in any guy’s facade and you give him enough time to let his true colors show.

If you’ve been dating a man whose communication seems to be dwindling, it’s probably not because he is suddenly busy all the time. When a man’s attention is fleeting, it’s because they’ve lost interest or they never really had interest in pursuing a serious relationship in the first place.

How Inconsistency Gets Manifested As Gut Instincts

I’m constantly talking about how important it is to trust your gut instinct. As much as it can be hard to trust ourselves, you should always listen to what your gut tells you.

Your gut instinct will actually kick in when a man is not consistent with you. If he tells you one thing, but his actions say something completely different, you’ll get that gut feeling that something isn’t right.

However, most women tend to write off their gut feelings that something isn’t right, just to learn much later down the line that they really should have paid more attention to it.

How To Weed Out Inconsistent Men When Dating

As a woman, it’s your job to determine whether a man is being truthful and honest in his feelings for you and you accomplish this by paying attention to his words, actions, and your own gut instincts. The days of letting men “sell you the dream“ are over!

You can no longer just listen to the sweet words that men tell you and think that it is the sole indicator of their true interest in you or love for you. You have to start dating consciously so that you can recognize when a man’s behavior is not consistent with what he tells you. This will allow you to make an informed decision when deciding whether to continue pursuing a relationship with a man you’re dating.

For more great dating advice, grab my new book: Picking up the Pieces: Rebuilding Yourself for the Love and Relationship You Deserve — Amazon | Barnes & Noble

Almost every woman has at least one story about a man they were dating who didn’t return a call or text for an extended period of time. Some women have experienced a man going MIA for a day or two while others have seen men go MIA for weeks or months.

Regardless of the length of time a man is MIA though, the one thing they all have in common is that they make ridiculous excuses for their absences. There’s a ton of excuses men give in these situations, but here are 5 ridiculous reasons men give for going MIA when dating:

The “I was busy” excuse is definitely one of the most common reasons that men give for not being in contact with a woman. Yes, a lot of people have very busy lives, that’s true. But, the reality is, men make time for who they really want. It takes no more than a few seconds to send a text so there’s really no excuse for not responding to a person you’re dating for days or weeks.

Never let a man convince you that he is so busy that he can’t even take 10 seconds out of his day to reply to your text!

“I lost my phone” or “I left my phone at a friend’s house” are also common excuses men use for being MIA. Think about this though, if you left your phone at your friend’s house, you certainly wouldn’t take more than a day to get it back if not just a few hours.

And, we are all so attached to our smartphones that if we did happen to lose it many of us wouldn’t go more than a day or two without replacing it. So, if you haven’t heard back from a man in a week or more, you definitely shouldn’t be entertaining the “I lost my phone” excuse.

But, let’s just say the guy you’re dating did really lose his phone. Well, there’s still so many different ways that a man can get in touch with you. You can send emails or use social media, like Facebook, to send messages.

There are plenty of options for getting in touch with a person so losing your phone is not a legitimate excuse for going MIA!

Here’s an excuse some men use because it manipulates a woman into accepting a man’s bad behavior and allows him to escape responsibility for his actions, or lack thereof.

When a man tells you that he never got your call or text, he puts you in a position where you feel like you can’t be mad at him for not responding. You feel like you have to drop the issue and let it go. Because, technically, he didn’t have control over the situation since he didn’t get your call, voicemail, or text, right?

Wrong!! There’s one thing you need to remember, ladies. Even if a man claims that he didn’t get your call, text, or voicemail, there’s still no excuse for why he hasn’t reached out to you in days or weeks. If you’re dating a man and he is genuinely interested in you, he’s not going to go a week or more without talking to you or reaching out to you.

Know that a man who actually likes you will want to reach out and talk to you whether you call him first or not!

Some men excuse their absences with reasons like, “I had meningitis” (or some other crazy illness) or “I was in the hospital.” If a man genuinely had an illness that incapacitated him for weeks or months, it’s definitely understandable that he may not have the strength or ability to talk to you frequently.

But, if a man really likes you, he isn’t going to get sick and not say a peep to you for weeks or months. You may be too weak or unable to talk, but you can definitely send a text or get a friend or family member to do it for you!

An ill man would still want the woman he cares about in his life!

Let’s get real, texts and voicemails aren’t getting lost in the digital stratosphere! As long as you are texting the correct phone number, the recipient is going to get it. Now, your text may not always go through immediately, but it’s definitely getting to it’s destination.

So, when a man you’re dating tells you that he did text you back or he left you a voicemail and you got absolutely nothing from him, know that this is a huge red flag!

I’d love to know, what’s the craziest excuses you’ve gotten for a man being MIA? Leave your comments below!

We live in a time where we are constantly connected to technology and our phones, checking our favorite social media apps, blogs, podcasts, and plenty of other things on the internet. But, while we do spend so much time “online” some online daters forget the importance of regularly checking their online dating profiles.

Many people don’t realize that some online dating sites or apps will delete messages that users have sent you after a certain amount of time has passed. If you rarely go on your dating site, you could be missing out on meeting great people without even knowing it.

Once you’ve started a conversation with someone on your dating site, it’s even more important to consistently check your profile for new messages. A part of having success in online dating is your ability to keep the momentum of the conversation and interest going.

But, when you rarely check your messages and respond to messages weeks later, the person who contacted you could have moved on and connected with someone else.

So, if you want to see more results in your online dating life, check your profile messages every 1-2 days, at a minimum!

Consistency in a man provides comfort while inconsistency inspires insecurity, fear, and anxiety over the relationship among other things.

What makes relationships last? Why it’s consistency of course … you thought I would say love and affection didn’t you? Well, it’s those things too … along with friendship, respect. trust and attraction.  But, I’d like to argue that consistency is the most important thing … it’s consistency in all those things … love, affection, attraction, friendship, respect, trust, etc etc.  No one wants to ride a roller coaster ride of ups and downs in their relationship.  They want to know that their partner is always there when they need them, especially in the hard times.  So why is consistency and dating the long term relationship indicator? Because, well, I’ll tell you.

I’ve said many times before that forever has everything to do with your choice of partner, which is absolutely true. You need to choose wisely.  Part of choosing wisely is knowing if this…